On the Subject of Babies

Went for another ultrasound appointment this morning. The twins are looking great. Actually, at a certain angle they’re kind of looking like the aliens from “Independence Day”, but that qualifies as “good” at this stage of development (besides, at least they don’t look like Jeff Goldblum from “Independence Day”). This is a whole new world for me. I’m still not quite used to hearing sentences like this from a doctor: “Well they don’t have their skin yet”. I mean, intellectually I always knew we develop our physical features gradually in our mother’s womb. But it’s quite a different ball game when you finally see the process play out. Especially when the process is playing out with a couple of little beings that you actually created. That hasn’t really settled in either. The other day my wife asked me what I wanted to do for Father’s Day. I said we’d probably get my dad a bottle of liquor and a gift card to Chili’s, like we do every year. Then she looked back at me and said, “No I meant what do YOU want to do for YOUR Father’s Day?”

MY Father’s Day? As in, the Father’s Day celebrated for me because I’m a father? Holy crap. I AM a father, aren’t I? I’m a dad. Pops. The old man. Wow. It feels very strange using those words to describe myself. But anyway, about the Father’s Day gifts. If I’m going to be the Papa around here I’m going to need a corn cob pipe, a rocking chair, a pair of slippers, a rolled up newspaper (for reading and for discipline) and some Metamucil. All things I associate with fatherhood for no coherent reason at all.

You know, there’s one thing they don’t tell you in Adulthood School and that’s probably because there isn’t an Adulthood School (please don’t embarrass yourself by suggesting that college qualifies). They don’t tell you about the 600 man-hours you’ll be logging in doctor office waiting rooms, just during your wife’s pregnancy alone. I’m not complaining. I like being there. I have the easy job and I’m fully aware of that. I always get a kick out of seeing the latest developments in the ultrasound. It never ceases to be exciting and incredibly surreal. In fact I’m especially looking forward to seeing how the skin and ear lobe plot plays out in two weeks. Is it strange that I watch the formation of my childrens’ physical features like I’m watching some sort of suspenseful TV drama?

The other reason I like going to all of my wife’s appointments is that it’s giving me a slight little window into what our reality with kids will be like. Not simply because we’ll be spending a good portion of our life in their first year at doctor’s check ups (but not beyond the first year because I will have a strict No Illness Policy in my household). But also because my life with kids — from what I’ve learned from those much wiser and more experienced than myself — will not be MY life any longer. Well there’s a dose of grown up medicine for you. The day when your life isn’t yours anymore. It’s terrifying and it’s beautiful. And it’s a dynamic kids tend to take for granted. I know I did. Oh sure, I heard rumors about some strange realm where my parents existed as actual people with names and a past that predated my own birth. But these were legends, myths, pure absurdity. They were mom and dad. They couldn’t be anything but mom and dad and the idea that they were something before they were mom and dad was a heresy I couldn’t accept. It was like seeing your math teacher at the mall on a Saturday. It was mind boggling. The universe stood still. The polarity of the Earth was reversed. She couldn’t be here, at a mall, with all the normal people. She’s a math teacher. She lived in the school and slept in the classroom on a bed of multiplication flash cards, you assumed. And then you’d see other people walking with her — friends?! — and they spoke to her using her first name. Inconceivable. And then you’d dart behind a rack of clothes so she wouldn’t see you and get mad that you weren’t at home adding and dividing stuff. That’s the world you live in as a child. All of the people in it are entirely defined by their relationship to you. Come to think of it, a lot of adults live in that world, too.

I’m about to see all of these things from the other perspective. I’m about to have some confused, insane little people of my own running around. And I’ll love them to death. I already do. 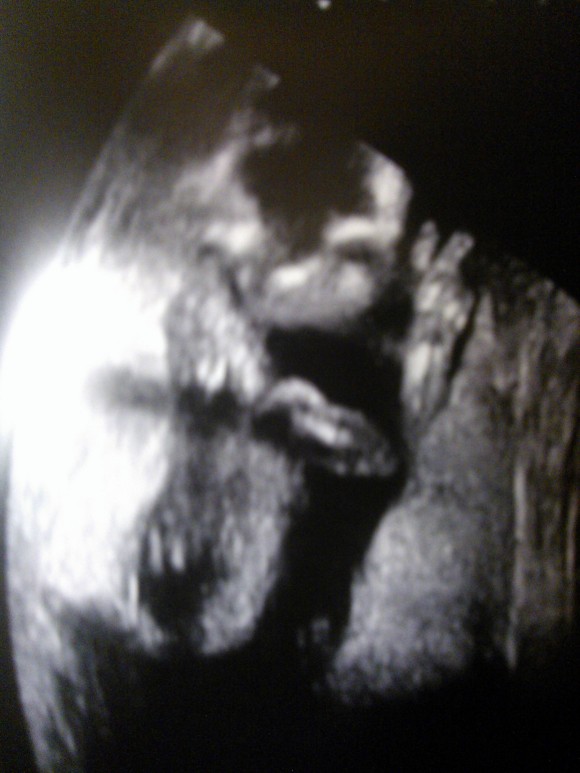 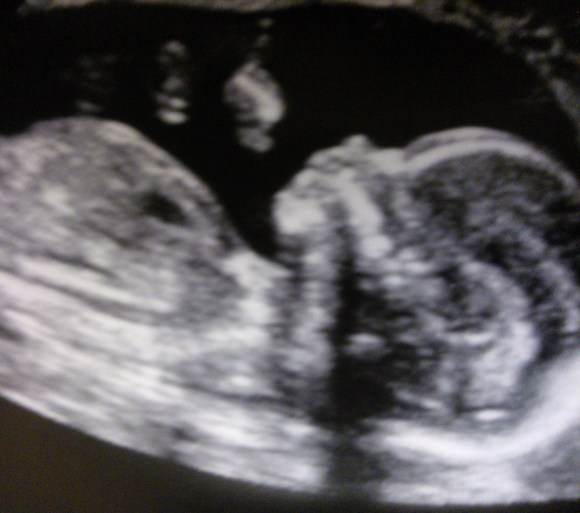 2 Responses to On the Subject of Babies